12 MarThe DeanBeat: At 30, GDC is stronger than ever

The 30th annual Game Developers Conference takes place next week, Monday through Friday, at the Moscone Center in San Francisco. For people in the game industry, the show is a kind of religious pilgrimage to get inspired about the craft of making video games. And the event is expected to break last year’s record of 26,000 attendees, according to GamesBeat’s interview with Meggan Scavio, the general manager of GDC events at show organizer UBM TechWeb. 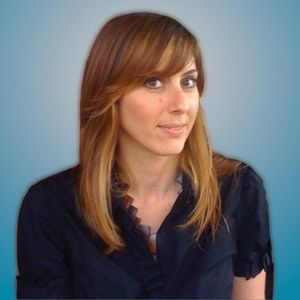 Above: Meggan Scavio of the GDC

The anticipated big crowd shows that gaming is still as hot as ever, even as the big U.S. trade show, the Electronic Entertainment Expo (E3), is having a harder time hanging on to its show floor exhibitors. The GDC is a smaller event than E3, targeted at the global community of game developers. Despite some ups and downs among individual companies, that community is huge. The Entertainment Software Association (the lobbying group that puts on E3) lists more than 1,641 companies in the $22 billion U.S. game industry. Overall, games have become a $99.3 billion industry worldwide, according to market research firm Newzoo. And it continues to be on the forefront of tech innovation with the emerging augmented reality and virtual reality markets.

That industry looks to the GDC to find out what’s hot and what’s the best way to make games, along with networking with fellow game creators. This year, the GDC draws more than 300 exhibitors, about the same as last year. But this year’s summit events, which take place on Monday and Tuesday and precede the general show floor’s opening on Wednesday, include some hot mini-events focused on virtual reality, esports, and smartphones and tablets.

“We did not know what to expect for the VRDC [virtual reality developer conference] since there a zillion VR events,” Scavio said. “It’s sold out. It’s become an important part of our industry, split between game VR and entertainment VR. It’s grown into something we are really excited about.”

A survey by the GDC showed 16 percent of developers are working on VR games, compared to just 7 percent a year ago. PC and mobile games are still the top platforms for developers, but VR is growing fast, according to the GDC’s survey of 2,000 game developers.

As press, I used to be able to go to a lot of sessions at the actual GDC. But there’s so many other demands on my time this year, thanks to press conferences and game demo sessions. Everyone tries to grab a small amount of attention at the show. I’m also going to spend some time moderating some sessions at GDC. Among the companies making announcements at the GDC are Advanced Micro Devices, Epic Games, Unity Technologies, Sony (PlayStation VR), Ubisoft, and Twitch.

This year’s conference has many interesting sessions, including some about culture and games. Rami Ismail, the indie developer at Vlambeer, maker of Nuclear Throne, is part of a panel on Muslims and games. The conference also has numerous talks on women and gaming, including the annual advice and experience session for women in games.

Above: The Unity booth on the GDC 2015 show floor.

GDC is also popular because it has become a place where the game platform wars play out. Valve and HTC are going to show off 30 virtual reality games for the HTC Vive VR headset, which debuts in the first week of April. And Oculus VR, which debuts its Oculus Rift headset on March 28, is also showing off many of its launch titles. Both factions are at war for the hearts and minds of VR consumers. Google, Amazon, Epic Games, Advanced Micro Devices, Microsoft, Nvidia, ARM, Intel, and Unity have all sponsored sessions to give their own view of the best platforms for gaming. Startups like MaxPlay are trying to innovate in game engines, but they have to compete with Amazon, which is giving away its new Lumberyard game engine for free.

“Given an opportunity, I see why certain parties would take advantage of [touting their platforms],” Scavio said. “A lot of people decided to move on campus at the GDC with these talks. We’re doing the same thing we’ve always done.”

Tim Sweeney, chief executive of Epic Games, has a talk at 9:30 a.m. Wednesday. That should draw a lot of attention because Sweeney fired off a big complaint about the level of openness of Microsoft’s Windows 10 platform for the PC last Friday. He worries that Microsoft will become more like Apple and close off the historically open PC, restricting the opportunities for third-party app creators.

The Game Developers Choice Awards, which indie developer Robin Hunicke hosts this year, and the Independent Games Festival tout the best games of 2015, as voted upon by the game development community. Todd Howard, creator director of Bethesda Game Studios and creator of the The Elder Scrolls series and the Fallout revival, will receive the lifetime achievement award. Minecraft creator Markus “Notch” Persson will receive the Pioneer Award. Tracy Fullerton, experimental game designer and educator at USC, will receive the Ambassador Award.

GDC is also the place for some reminiscing about the past 30 years. Chris Crawford, the original founder of the GDC and creator of the classic game Balance of Power, kicks off a session dubbed Flash Backward: 30 years of making games, where famous developers will talk for five minutes each about the different eras of game development. The session closes with Palmer Luckey, creator of the Oculus Rift VR headset, talking about the coming era of VR.

The original creators of the classic games Ms. Pac-Man, Diablo, and Rez give postmortems on how they created the games many years ago. Crawford is also part of the Game Design Challenge, which is to design a game that takes 30 years to play. Hunicke takes part in the Experimental Gameplay Workshop, where game creators show off ideas for future games.

GDC will likely have bunch of legendary parties as well. Hansoft has collected a bunch of them here. I’ll see you at a few of them.

Image Credit: Gavin Greene/GamesBeat Get more stories like this: