Sony’s Future Lab has unveiled the first of many concept prototypes that it wants your feedback on. At the South by Southwest interactive conference, the company touted its first project — called “N” — a hands-free headphone that may remind you of LG’s Tone Infinim Wireless headset, but with the difference that it includes voice control.

This wearable device, which is equipped with open speakers and responds to voice prompts, doesn’t require any earpieces, although Sony has also experimented with an open-ear concept. It features a camera, sensors, and a GPS feature. So far, Project N has ties with Strava, AccuWeather, and Yelp as content partners.

Up close, the design looked like a premium Sony device and didn’t feel cheap. The audio quality was sharp and the voice technology, which was created by Sony, can be activated by saying “Hey Arc.” 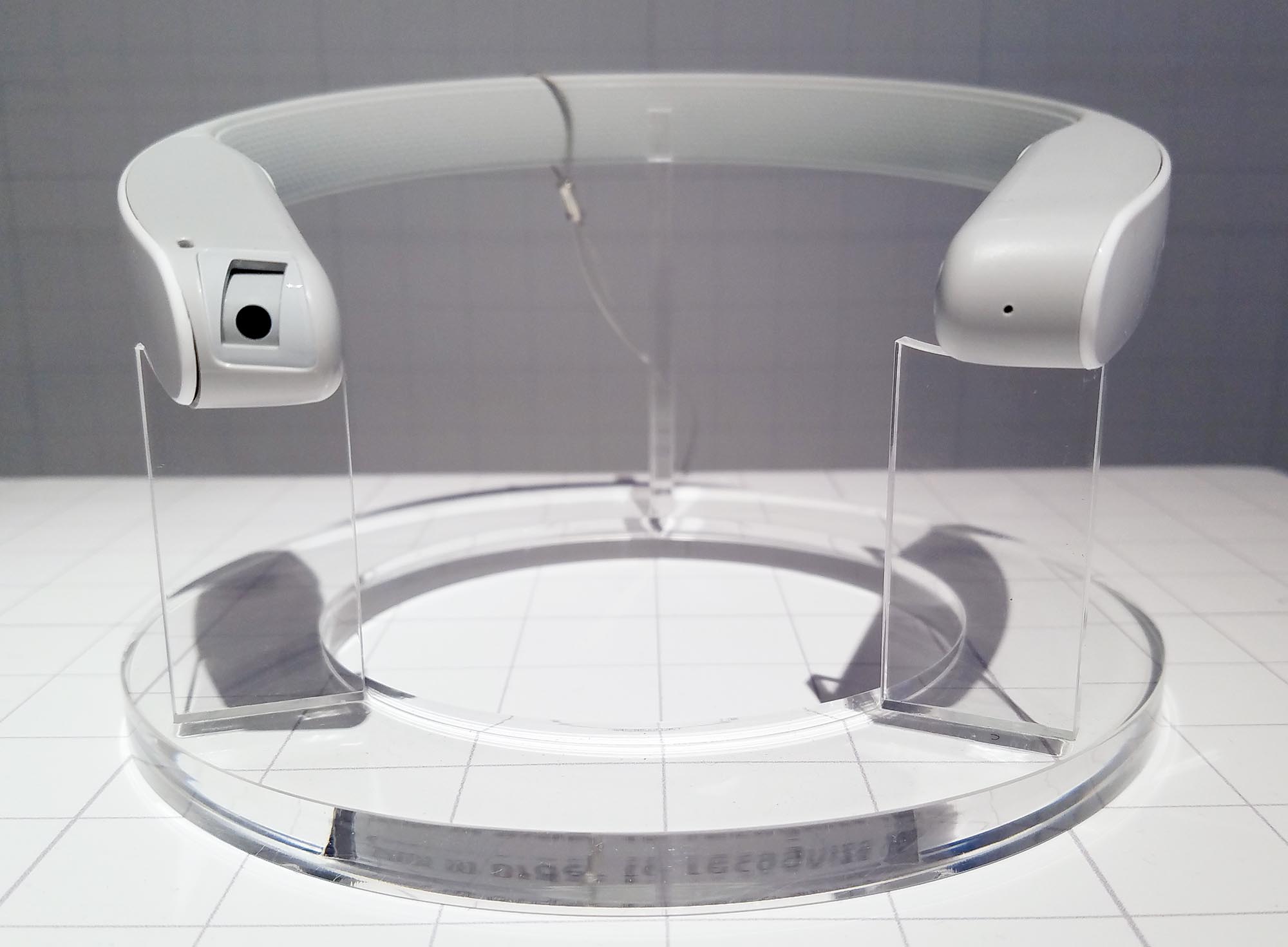 Above: A concept prototype of Sony’s interactive display projector.

Other prototypes that Sony showed off include open-ear earphones that fit snugly on the bottom of your ear and tie in with Project N. The company says that it uses a specially designed acoustic conduit. The idea is that people will still be able to hear ambient sound while using the earphones, which is an important safety feature. 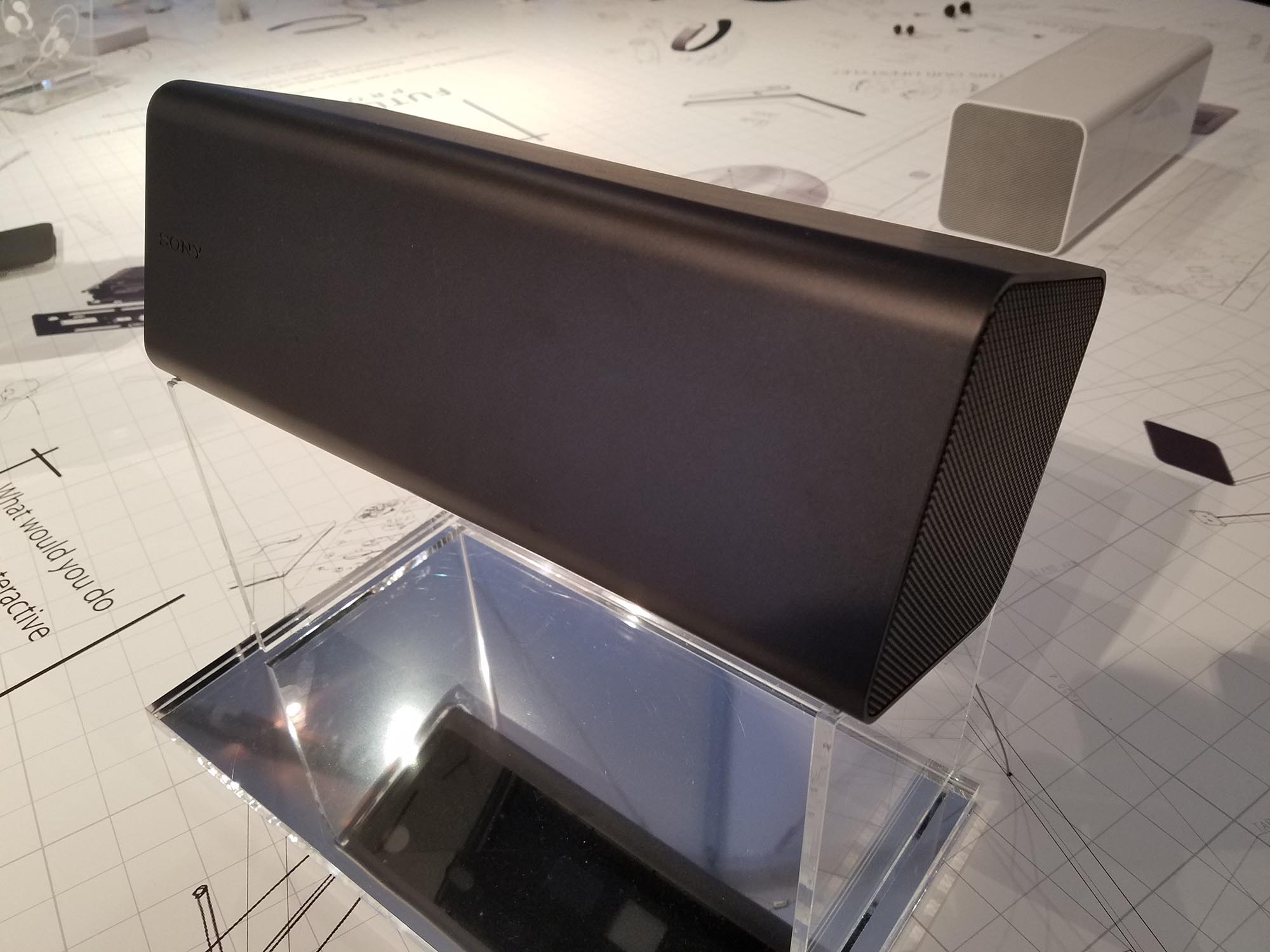 Above: A concept prototype of Sony’s interactive display projector.

The company also showcased two concept projectors in its event space. Sony said that the first one — shaped like a small Sonos — could create an interactive table top. It works by displaying a screen on any surface that you can engage with (like a smartphone). The other projector was defined as a “multi-axis moving projector” that allows you to move the screen onto any wall without distorting the content and sound being displayed. There was also a “gun,” akin to the Nintendo NES Zapper, that Sony let me play “Find and shoot the space aliens” with.

Lastly, the company showed off its haptic feedback technology — a game console with a “metal ball” on the screen. When it is moved left and right or up and down, the device vibrates and makes a sound that gives the impression of a physical object. 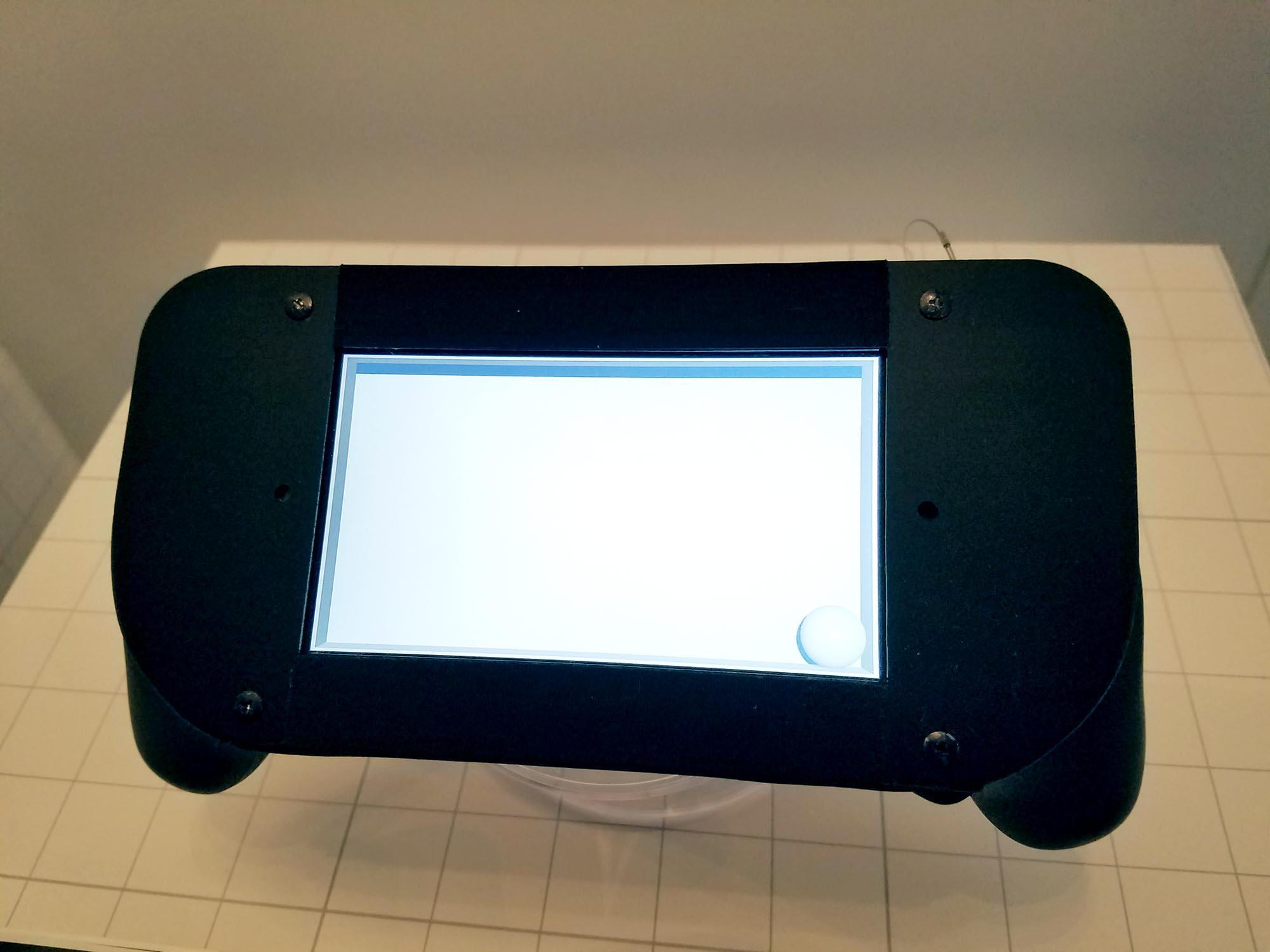 Above: Sony demonstrates its haptic feedback technology on this handheld game console at South by Southwest Interactive on March 11, 2016.

It’s important to note that while the company showed off these devices, they’re still just prototypes, which means that consumers may never see them out in the market. And this is the reason the electronics manufacturer is so interested in hearing what the public thinks about its efforts.

Future Lab is a new program aimed at supporting the research and development arm of Sony. Its goal is to ensure that the technology is in sync with the needs of the public. Sony targeted the SXSW attendees to find out what technologically savvy individuals are looking for in their devices and how they see these advances fitting into their daily lives.